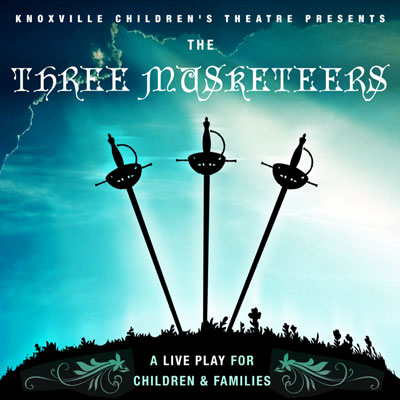 Knoxville Children’s Theatre will present “The Three Musketeers” a live theatre version of the famous adventure novel by Alexandre Dumas, especialy adapted for young people and families.  The play will be performed August 19 through September 4, Thursdays and Fridays at 7 PM; Saturdays at 1 PM and 5 PM; Sundays at 3 PM.

To fulfull his dream of becoming a soldier, young d’Artagnan heads for Paris and into romance, intrigue and adventure. On the way, he meets a secret agent, confronts a mysterious swordsman, rescues the beautiful Constance, and ultimately joins The Three Musketeers in their fight against an evil Cardinal.

When D’Artagnan learns of a plot to destroy the queen, he accepts the chance to prove himself worthy of Constance and of the uniform of a musketeer. With The Three Musketeers, he declares: “All for one and one for all.”

The play is performed by 17 talented young actors, from ages 12 to 16.  The role of D’Artagnan will be performed by Grant Trivette.  Three veteran actors will play “the three musketeers:” Max Harper as Porthos, Eric Magee as Aramis, and Quintin Rhodes as Athos.  Andrew Fetterolf performs the villainous role of the Cardinal.

Clare Carter, a junior at West High, will make her directorial debut with this show.  Clare served as Co-Director of “Snow White & Rose Red” after working in stage management and assistant direction.  Her chosen emphasis of technical theatre has been lighting.   Clare is also a veteran actor, having appeared in over 16 plays at KCT.

The show is sponsored by The Comcast Foundation, Clayton Family Foundation, and Home Federal Bank.  Assistance was also provided by Bandit Lites and Prestige Cleaners. 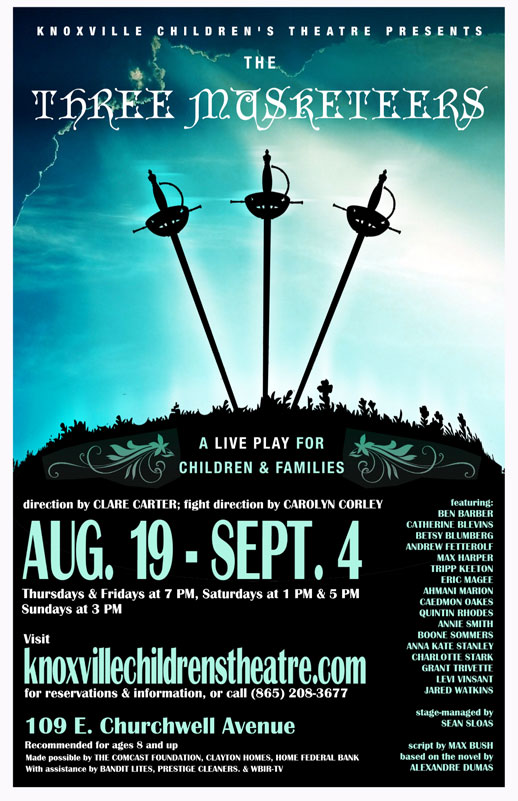