Tales of a 4th Grade Nothing 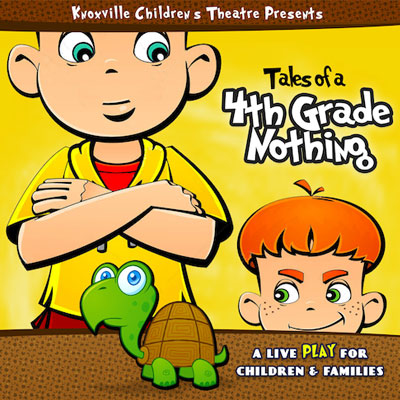 Tales of a 4th Grade Nothing

Knoxville Children’s Theatre will present 14 live performances of “Tales Of A 4th-Grade Nothing,” based on the comedic novel by Judy Blume. Sibling mischief and best pal escapades are the problems Peter Hatcher faces, as he attempts to deal with his impossible little brother, Fudge.

Everyone makes such a fuss about Fudge, Peter Hatcher’s little brother.  Everyone in New York City! But Fudge goes too far when he swallows Peter’s turtle!  Based on the popular title by perennial favorite Judy Blume, Tales of a Fourth Grade Nothing is a humorous look at family life and the troubles that can only be caused by a younger sibling.