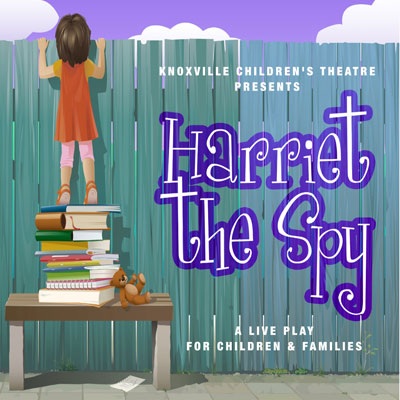 Knoxville Children’s Theatre will present Harriet The Spy, a stage adaptation by Leslie Brody of the classic novel by Louise Fitzhugh. The play will be performed May 1 – 17, Thursdays and Fridays at 7 PM; Saturdays at 1 PM and 5 PM; Sundays at 3 PM.

Harriet loves writing and wants to be a spy when she grows up. So what could be more natural for Harriet than keeping a journal? A journal that contains everything she thinks about or observes in all of her friends and family. A journal that is the complete, uncensored truth. But Harriet will need all her super-spy techniques when the notebook goes missing. What if everything she wrote about her friends is made public? The comic fallout that ensues will delight audiences and teach some valuable lessons.

Harriet The Spy has been recognized as a literary classic with a modern sensibility. In 2002, the School Library Association ranked the book 17th in a list of “Top 100 Children’s Novels.” The novel won the Sequoyah Book Award for 1964.

The play is directed by Zack Allen, KCT’s Producing Director. The stage manager is Kayla June Nobbe, an eighth-grader at Holston Middle. Rita Anderson and Caroline Dyer will provide the costumes.

Harriet The Spy is adapted by Leslie Brody. The play is produced through special arrangement with Plays For Young Audiences and The Gersh Agency. The show is sponsored by Home Federal Bank. 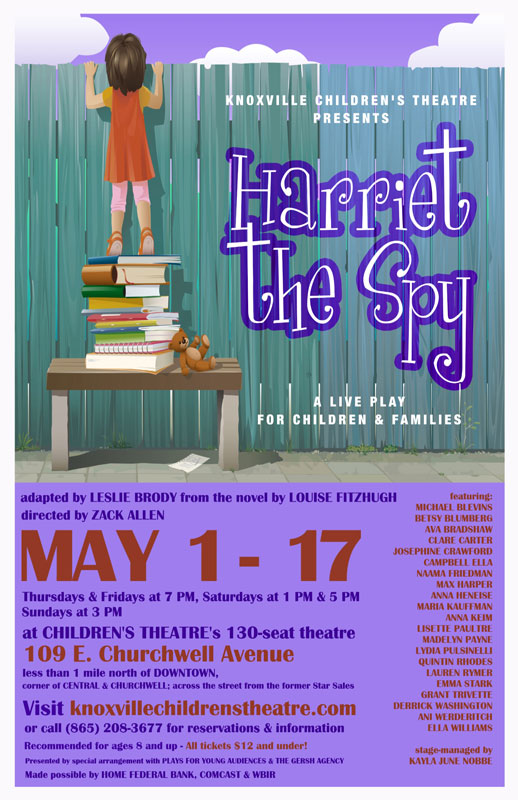