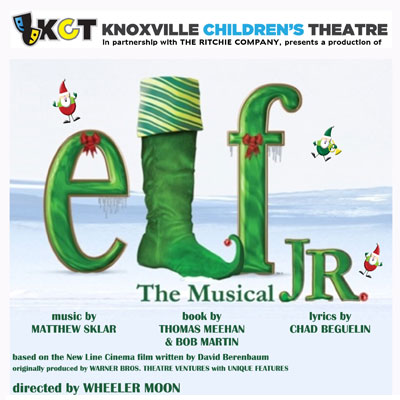 Knoxville Children’s Theatre, in partnership with The Ritchie Company, will present “Elf: The Musical Jr.” based on the Broadway musical with music and lyrics by Matthew Sklar and Chad Beguelin.  The play will be performed December 1 – 17, Thursdays and Fridays at 7 PM; Saturdays at 1 PM and 5 PM; Sundays at 3 PM.  Also, a special 7 PM performance will be held on Sunday, December 10.

This hilarious musical play is based on the 2003 comedy film.  William “Buddy” Hobbs, a young orphan child, mistakenly crawls into Santa’s bag of gifts and is transported back to the North Pole. Years later, Buddy finds out that he’s an ordinary human being and heads off to New York City in search of his father, Walter Hobbs.  But Walter, like many New Yorkers, doesn’t believe in Santa Claus. Neither does Buddy’s brother Michael! Buddy is determined to win over his birth family and help New York City remember the true meaning of Christmas.

The show is presented in partnership with The Ritchie Company and is sponsored by The Comcast Foundation, Clayton Family Foundation, Home Federal Bank, the City of Knoxville, and Lusidmedia.  Assistance was also provided by Bandit Lites and Prestige Cleaners.  The play is presented through special arrangement with Music Theatre International. 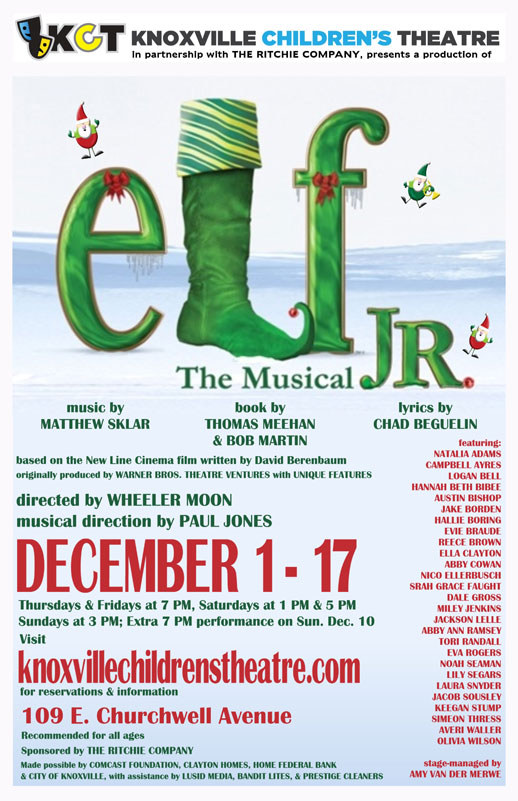