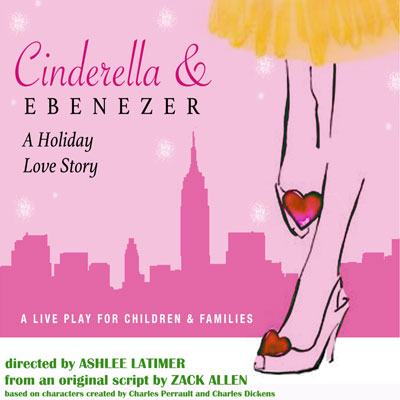 Knoxville Children’s Theatre will present Cinderella And Ebenezer, a new holiday play, based on the timeless tales of “Cinderella” and “A Christmas Carol.”  The play will be performed December 4 through 20, Thursdays and Fridays at 7 PM; Saturdays at 1 PM and 5 PM; Sundays at 3 PM.

“Cinderella & Ebenezer” is a comic modern-day mash-up of two classic tales, containing the crystal slipper, rude step-sisters, midnight deadline, and all the romance of “Cinderella,” as well as all the good-natured holiday spirit of Charles Dickens’ classic Yuletide novel, “A Christmas Carol.”  A heart-warming comedy for all ages, “Cinderella & Ebenezer” is written by Zack Allen and directed by Ashlee Latimer.

The play is performed by 14 talented young actors, from ages 9 to 16.  The role of Cinderella will be performed by Abby Ann Ramsey, who was last seen at KCT in Shrek, The Musical, Jr.  Ebenezer will be played by Lucas Cunic, whose KCT career has spanned over five years.  Lydia Steimer plays Cinderella’s “step-mother” and Minnie Harrigan, Jada Kaufman, and Sydney Reed play her daughters.  Derrick Washington, Jr. will perform the role of Jake Marley, and Kayla June Nobbe plays Roberta Cratchit.

KCT is East Tennessee’s leading producer of stage plays for children.  Cinderella And Ebenezer is the 72nd play to be produced by Knoxville Children’s Theatre.  The company is also the area’s leading producer of new works; Cinderella And Ebenenzer is the 30th original play to be created by the company.  Over 9,500 people attended a KCT play in 2014.  The play is written and directed by Zack Allen.

The show is sponsored by Home Federal Bank and The Comcast Foundation.  Assistance was also provided by Bandit Lites, and Prestige Cleaners. 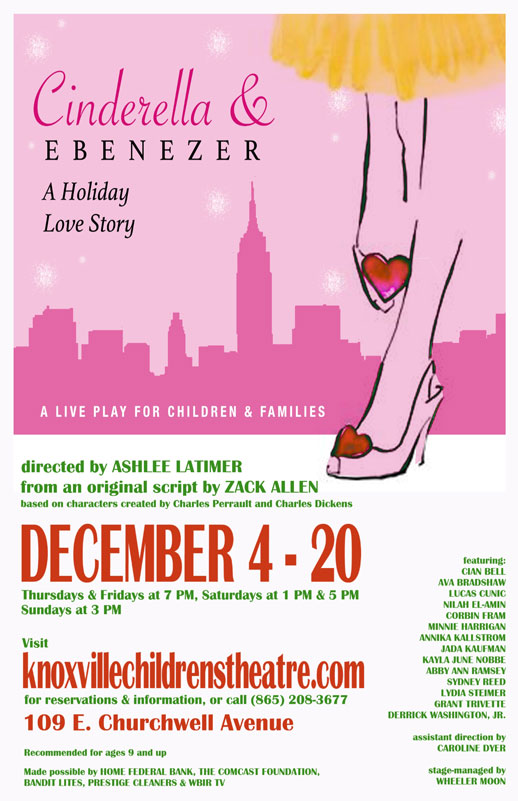