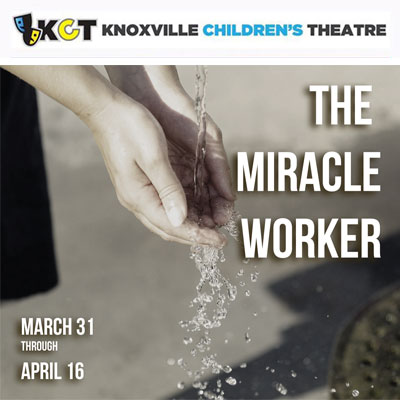 Knoxville Children’s Theatre, in partnership with The Ritchie Company, will present the Tony-winning classic play, “The Miracle Worker,” an inspirational drama for ages 7 and older.  The play will be performed March 31 through April 16, Thursdays and Fridays at 7 PM; Saturdays at 1 PM and 5 PM; Sundays at 3 PM.

Trapped in a secret, silent world, unable to communicate, young Helen Keller is violent, spoiled, almost subhuman, and treated by her family as such.  Only Annie Sullivan, a young Irish teacher, realizes there is a mind and spirit inside Helen, waiting to be rescued from the dark and tortured silence.  Featuring landmark scenes of emotional intensity, the play crescendos with the utterance of a single, glorious word: “Water.”  Helen’s true-life transformation has become an unforgettable odyssey for audiences all around the world.

The play is performed by 11 talented young actors, from ages 10 to 16.  Two KCT veteran performers will play Annie and Helen.  Bethany Moon, a junior at West High School, plays the determined teacher, and Ava Bradshaw, a 6th-grader at West Valley Middle School, plays the reluctant student. 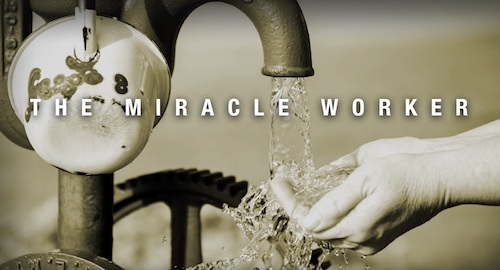