The Island of Dr. Libris 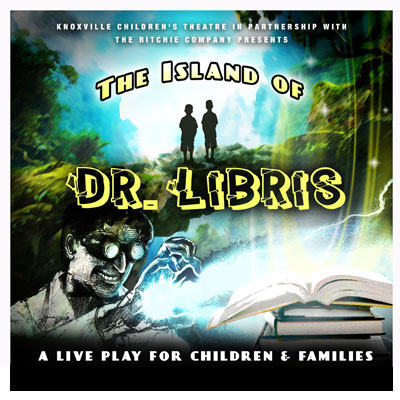 The Island of Dr. Libris

Knoxville Children’s Theatre, in partnership with The Ritchie Company, will present a world-premiere production of “The Island of Dr. Libris,” based on the 2015 New York Times best-selling novel by Chris Grabenstein.  The play, adapted by Chris Grabenstein and Ronny Venable, will be performed May 5 through May 21, Thursdays and Fridays at 7 PM; Saturdays at 1 PM and 5 PM; Sundays at 3 PM.

Young Billy Gillfoyle is spending the summer in a lakeside cabin that belongs to the mysterious Dr. Libris.  But something strange is going on with Dr. Libris’ private bookcase. Whenever Billy opens the books, he can hear strange sounds coming from the middle of the lake.  The clash of swords.  The twang of arrows.  Sometimes he can even feel the ground shaking.  It’s as if the stories he’s reading are coming to life.  But that’s impossible… Isn’t it?

The play was written by Chris Grabenstein and Ronny Venable, who first met while performing at the Clarence Brown Theatre in Knoxville.    They co-wrote the 1986 CBS movie The Christmas Gift, starring John Denver.  Grabenstein is the award-winning author of the New York Times best-seller Escape from Mr. Lemoncello’s Library and co-author of the #1 best-selling series “I Funny.”

Both NYC playwrights will attend the 1 PM performance on May 13 and hold an informal Q&A session with the audience immediately following the show. 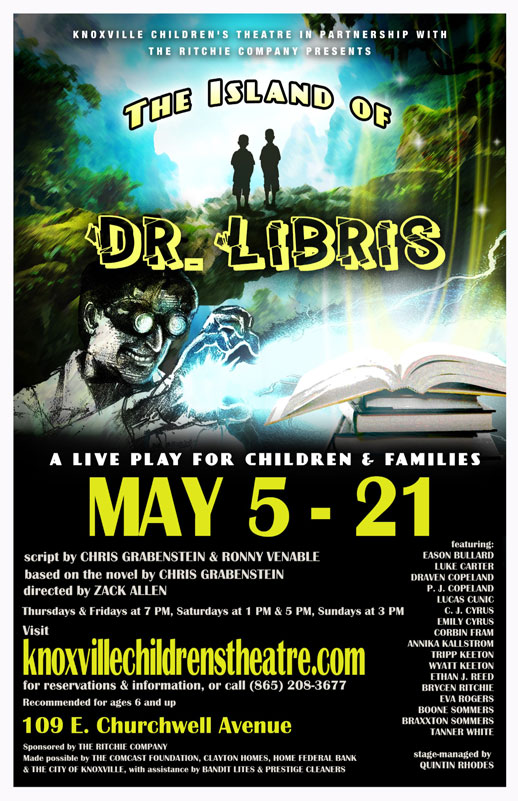