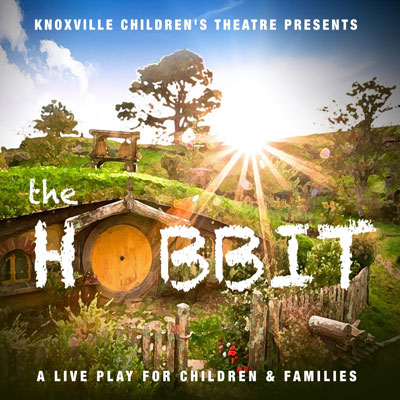 Knoxville Children’s Theatre will present The Hobbit, a stage adaptation by Patricia Gray of the classic novel by J. R. R. Tolkein. The play will be performed June 5 – 21, Thursdays and Fridays at 7 PM; Saturdays at 1 PM and 5 PM; Sundays at 3 PM.

It’s unusual for a modern work to become a classic so quickly, but Tolkien’s “ring” stories, which began with The Hobbit, clearly are in this very special category. They stir the imagination and intellect of everyone they touch.

Bilbo, one of the most conservative of all Hobbits, is asked to leave his large, roomy and very dry home in the ground in order to set off as chief robber in an attempt to recover an important treasure. It’s the last thing that any sensitive Hobbit would want to do, but great benefit eventually results—not only for Bilbo but for all of the Hobbits who inhabit Middle Earth.

The play is performed by 25 talented young actors, from ages 8 to 16. Bilbo Baggins will be played by KCT veteran Boone Sommers. Boone was last seen at KCT in a hilarious performance as Pinocchio in Shrek: The Musical Jr. Keegan Stump will portray Gandalf, and two female performers take on the monstrous roles of Smaug (Charlotte Stark) and Gollum (Jaden Lily Branson).

The play is directed by Dennis E. Perkins. The stage manager is Kena Holmes, a middle-school student at West Valley.

The Hobbit is adapted by Patricia Gray. The play is produced through special arrangement with Dramatic Publishing. The show is sponsored by Home Federal Bank, Bandit Lites, and Prestige Cleaners. 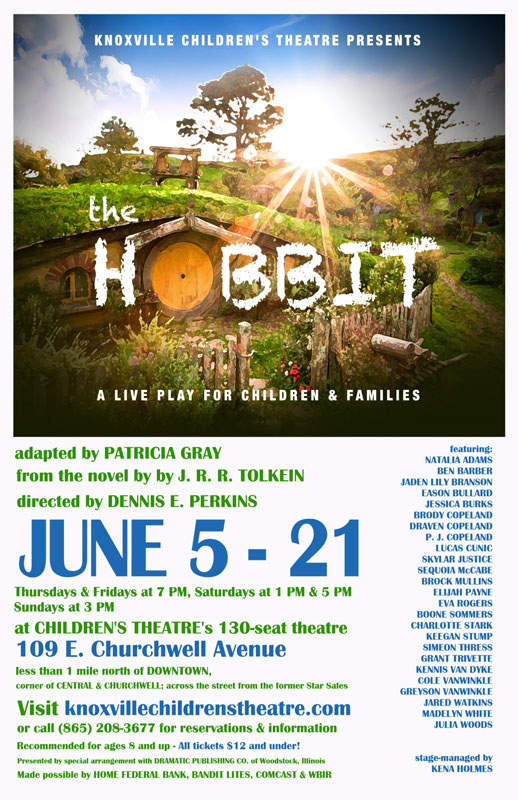