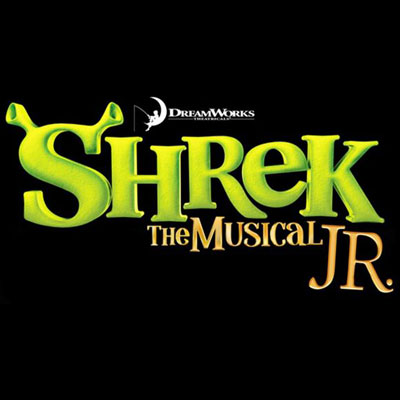 Knoxville Children’s Theatre will present Shrek: The Musical Jr., a new children’s version of the hilarious Broadway musical. The play will be performed March 27 through April 12, Thursdays and Fridays at 7 PM; Saturdays at 1 PM and 5 PM; Sundays at 3 PM. There is no show on Sunday, April 5 in observance of Easter.

Everyone’s favorite ogre is live on stage at KCT! In a faraway kingdom, Shrek finds his swamp invaded by banished fairytale misfits, runaways who’ve been cast off by Little Lord Farquaad, a tiny terror with big ambitions. Farquaad tells Shrek he can get his swamp back if he rescues Princess Fiona from the Dragon-guarded tower. But every fairy tale has its unexpected twists and turns!

Reservations can be made using the “Tickets” option above. All tickets are $12 or under. Shrek: The Musical Jr. is produced for ages 5 and up.

The play is performed by 27 talented young actors, from ages 9 to 17. Shrek is portrayed by KCT veteran Wheeler Moon. Fiona will be played by McKenzie Stump.

The play is directed by Dennis Perkins, the director of KCT’s Creative Dramatics Academy. Paul Jones serves as the play’s musical director. Audrey Jones is the show’s stage manager, and Derrick Washington, Jr. is the Production Manager and Assistant Director.

Shrek: The Musical Jr. is based on the DreamWorks Animation film and the book by William Steig. The musical was written by David Lindsay-Abaire (book) and Jeanine Tesori (music). It was originally produced on Broadway by DreamWorks Theatricals and Neal Street Productions. That production was directed by Jason Moore and Rob Ashford. The song, “I’m A Believer” was written by Neil Diamond. 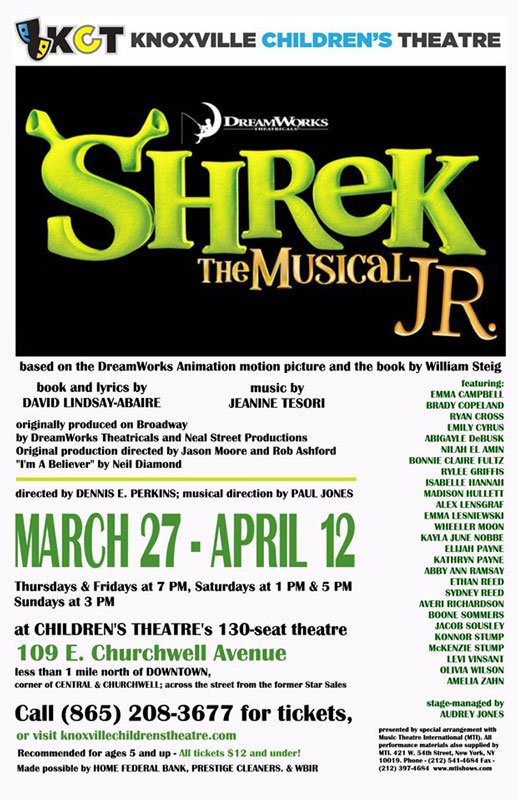