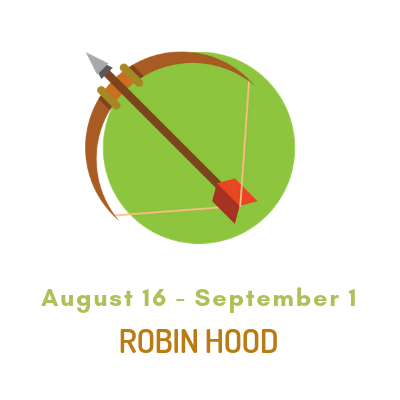 The heir to the throne, Richard the Lionhearted is abroad, and forces led by The Sherriff of Nottingham seek to crown a usurper, the wicked Prince John instead!  But the rightful Earl of Huntingdon, Robert Fitzooth of Locksley, also known as Robin Hood, joins with other stouthearted men and women of England to fight for the true king no matter what befalls!  “The Ballad of Robin Hood” is based on one of the most famous adventure stories of all time and features many favorite characters including Friar Tuck, Little John, Maid Marion and more!