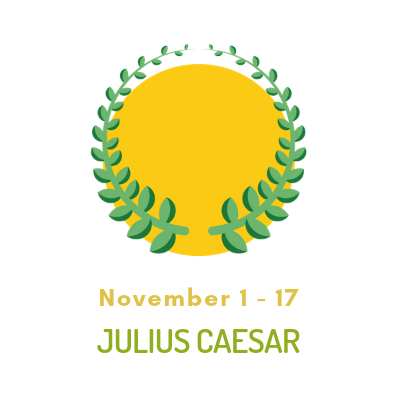 William Shakespeare’s Julius Caesar is a specially adapted under two-hour version of the classic tragedy, geared for ages 12 and up.

Caesar has returned to Rome in triumph after a devastating civil war. However, a group of conspirators is disturbed by Caesar’s increasing power and ambition. To help their cause, they persuade Brutus, a good friend of Caesar and a man regarded through the city for his honesty and honor, that the welfare of Rome demands that Brutus conspire against his own friend. Brutus joins the conspiracy and set events in motion that will leave Rome in deadly peril.