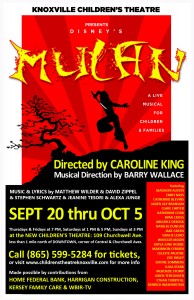 DIRECTED BY CAROLINE KING
with musical direction by Barry Wallace

Knoxville Children’s Theatre presented Disney’s Mulan, a live musical play for children and families, from September 20-October 5, 2013. The play was based on the 1998 film by Walt Disney Pictures. Mulan is the only daughter of the legendary warrior Fa Zhou and longs to become a military leader like her father. To join the battle against the invading Huns, she must convince the other fighters that she is a man. Her adventures eventually surpass even those of her father, thanks to some help from her guard-dragon, Mushu.

The musical play contains all of the humor, action, and tradition of the now-classic film, as well as the songs audiences have come to love, such as “Reflection,” “I’ll Make A Man Out of You,” and “A Girl Worth Fighting For,” all performed by 22 of the Knoxville area’s finest young actors and singers.

ABOUT “Disney’s Mulan”
Over 1,000 years ago in China, Mulan lives with her old father Fa Zhou, an aged warrior whose military exploits are the stuff of legend. When a draft notice goes around the village ordering one man per household to war, Fa Zhou has no choice but to prepare for battle, since he has no sons. Mulan does not want to see her father go back to the battlefield, so she hatches a plan to impersonate a man. Her adventurous spirit and honorable nature make her story one of the greatest of all Chinese folktales. This colorful play is accompanied by a dozen songs, glorious works of musical theatre that only Disney can create. Famed critic Roger Ebert wrote that Mulanhad a story and treatment, ranking with Beauty And The Beast and The Lion King.

TICKETS FOR “Disney’s Mulan”
TICKETS are $12 per person. KCT is continuing our special Adult & Child Combination rate for this production: If an adult and a child enter together, these two may be admitted for $10 each.

The play is being performed at KCT’s theatre facility in downtown Knoxville. The address is 109 E. Churchwell Avenue.

ABOUT THE ARTISTS OF “Disney’s Mulan”
The play is performed by 22 talented young actors, from ages 9 to 17. Clare Carter plays the girl-warrior Mulan, and Aiden Terflinger plays her father Fa Zhou. Clare was last seen as the magician Giradot LeGrande in Sleeping Beauty, and Aiden was last seen in KCT’s Bridge To Terabithia.

The play is made possible through the generous support of Home Federal Bank, Harrigan Construction, WBIR-TV and arts-minded individuals like you. 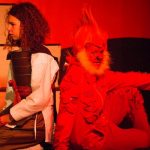 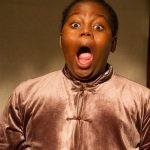 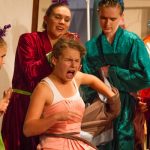 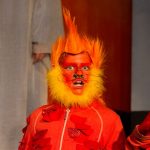 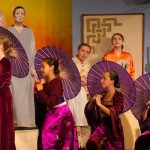