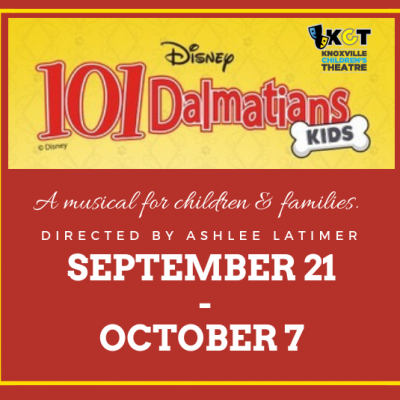 Knoxville Children’s Theatre, in partnership with Clayton Foundation, will present 16 live performances of “Disney’s 101 Dalmatians Kids,” a new adaptation of the classic Disney film for children and families.  The play contains all the wonderful Disney songs from the hilarious film.

The live stage play will be performed September 21 through October 7:

Based on the classic animated film, “Disney’s 101 Dalmatians Kids” is a fur-raising adventure, featuring Cruella de Vil and 101 of the most adorable heroes to ever set their paws on stage!  Roger and Anita live happily in London with their Dalmatians, Pongo and Perdita.  But Anita’s former classmate, the villainous Cruella de Vil, plots to steal the dogs from the happy couple.

The Dalmatians must rally all the dogs of London for a daring puppy rescue from Cruella and her hilarious bumbling henchmen.

Ashlee Latimer will direct the production.  Ashlee spent 6 years at KCT as a student and participant, before moving on to the University of Tennessee.  In 2017, she joined the New York production team of the Broadway revival of “Once On This Island.” And in 2018, she shared a Tony-Award for Best Revival of a Musical with her production team.  Central High student Jacob Sousley serves as Assistant Director and Stage Manager. 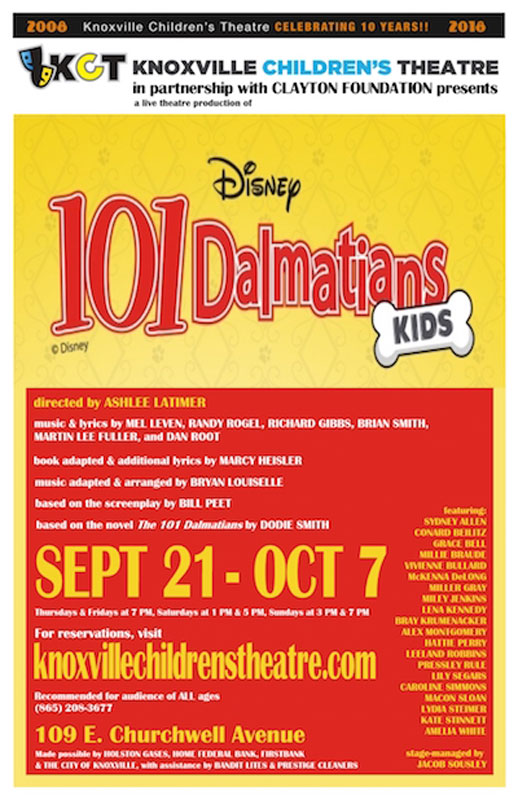