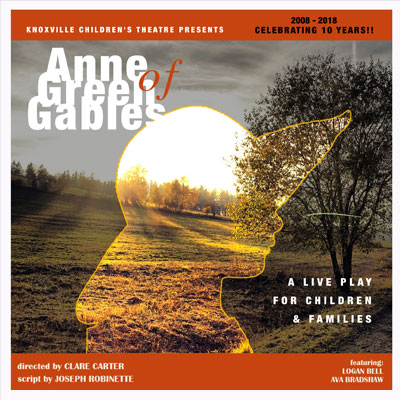 Knoxville Children’s Theatre will present 14 live performances of the popular coming-of-age story, “Anne Of Green Gables.” This beloved tale of how an unwanted orphan makes her way in Avonlea, Nova Scotia has been adapted for film, television, and the stage.

All the tragedies and triumphs that mark Anne’s coming-of-age are here: her friendship with Diana, her feuds with Gilbert, her adoration of Matthew, the mistaken wine bottle, the cake disaster, the broken leg, and ultimately, the saving of Green Gables. Lucy Maud Montgomery’s book has sold more than 50 million copies and is read by students around the world in over 35 languages.

The play is performed by 24 talented young actors, from ages 9 to 16. Averi Waller, a 13-year-old veteran of over a dozen KCT plays, plays Anne. Two teens from south Knoxville, Charlotte Stark and Boone Sommers, play the Cuthberts, and Bella Patterson and Logan Bell play Anne’s stalwart friends, Diana and Gilbert.

Clare Carter, a senior at West High, directs the production, having previously helmed “The Three Musketeers” and “Pride And Prejudice” at KCT. Kathryn Payne, a senior at Central High, is the stage manager. Senior Noah Seaman will be the play’s costume designer, and Max Harper, a student at Bearden Middle, will design the lighting. KCT is East Tennessee’s leading producer of plays for children and families. 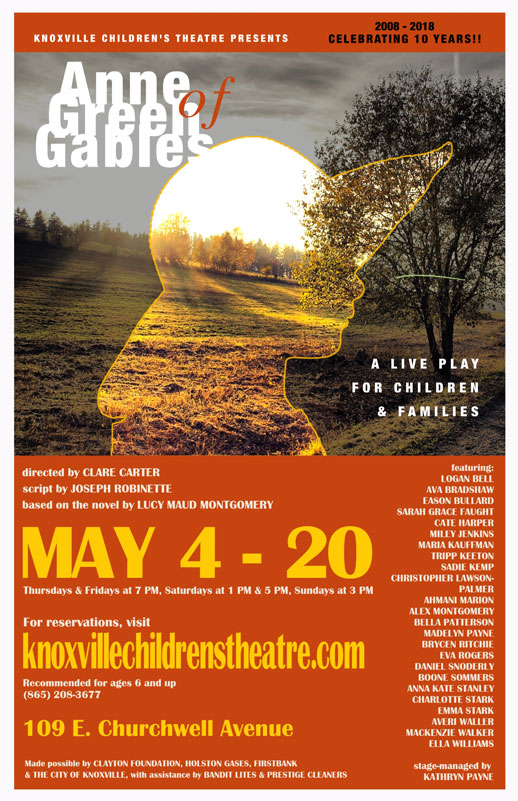